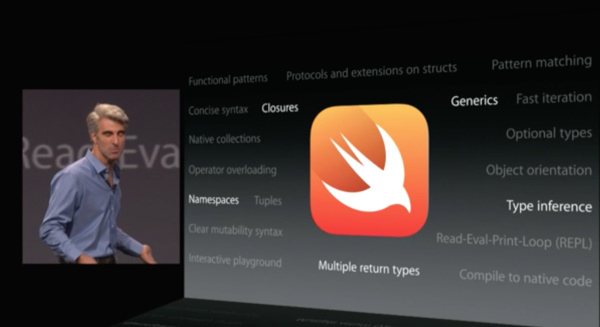 From its earliest conception, Swift was built to be fast. Using the high-performance LLVM compiler, Swift code is transformed into optimized native code, tuned to get the most out of modern Mac, iPhone, and iPad hardware. The syntax and standard library have also been tuned to make the most obvious way to write your code also perform the best.

Swift takes the best features from the C and Objective-C languages. It includes low-level primitives such as types, flow control, and operators. It also provides object-oriented features such as classes, protocols, and generics, giving Cocoa and Cocoa Touch developers the performance and power they demand.